The powerful magnetism of this stunning Balearic island in the Western Mediterranean sea has drawn travellers, seekers, hippies and party goers for decades and many say that the island is alive with magic…

The island’s landscapes are stunning and the coastline is scattered with sandy beaches, hidden coves and striking cliffs which merge into crystal clear turquoise waters.  The rolling inland countryside is dotted with charming villages and towns and a wonder of nature happens in the early months of the year when parts of the island are blanketed in the soft pink glow of the almond blossoms as they come into bloom.

The rich red soil of this land is undeniably fertile and alive, it pulses as if some mystery is living through it…

What is it about Ibiza?!

…the folklore and myths tell tales of Tanit, the Phoenician warrior goddess of dance and pleasure, of love and fertility, of creation and destruction, as being the Great Protectress of the Island. There was once a Temple dedicated to her and her influence can be felt in the abundance of the land and the breathtaking sunsets. Perhaps it is Her Divine Feminine energy that moves the currents of sensuality and pleasure and of dance and playfulness that run through the community and culture in Ibiza. It is interesting that Tanit is considered to be a protector of women and that circles of women have worshipped her, danced for her and called upon her for support and guidance since ancient times. No wonder we have so many incredible sisters sharing their unique gifts on the island whilst also inspiring and empowering one another! Our friend in collaboration Rachel Entwistle is based part time in Ibiza and you can also read a recent interview with our inspiring sister, Hannah, who moved to Ibiza and is stirring magic on the island in the catering world.

Some say Tanit’s presence is still felt and that she resides on the West Coast around the famous and mystical rock and sunset point, Es Vedra.  It would make sense that Es Vedra would be the home of the Goddess, along with the sirens and nymphs that the myths speak of.  This striking rock, standing over 400 metres tall, is said to be the third most magnetic place on our earth only after the North Pole and the Bermuda Triangle and fishermen have reported mystical circles of light whilst the Carmelite priest Don Francisco Palau recorded encounters with ‘unearthly beings surrounded by light’.

Es Vedra is not the only magical rock on the land as Ibiza’s soil is known to have unusually high levels of quartz crystal which is believed to add to the mystical energy and high vibration of the island.  Quartz crystal is believed to carry powerful energy, transmitting information and healing vibrations between nature and people.  Could this, in part, also explain the magnetism that draws the open minds and curious wild hearts of artists, creatives, musicians and healers and that holds the steady ground for the pounding beat of the famous Ibizan dance floors?!

Are you inspired … do you feel the mysterious pull of Ibiza calling you?

Start planning your visit now and don’t forget to choose one of our magic stone inspired tie dye pieces to slip on for those balmy Ibizan summer nights.

Read our insider’s guide to the island with top tips from friends of FARA who know the island inside out. You’ll find out where to stay and dine, the best beaches and sunset spots, where to shop and what dance floor to get lost on come nightfall…

We thank Rosa Scipion, our photographer who gave us the Es Vedra magical click above. 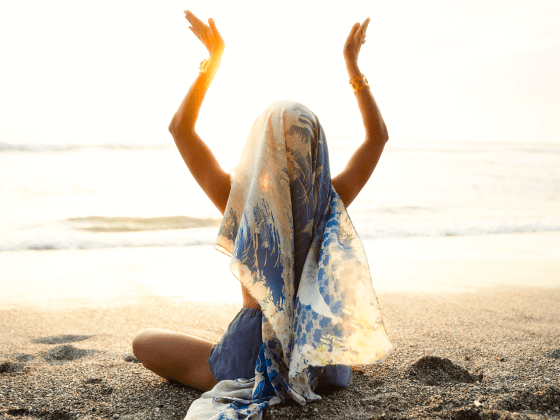 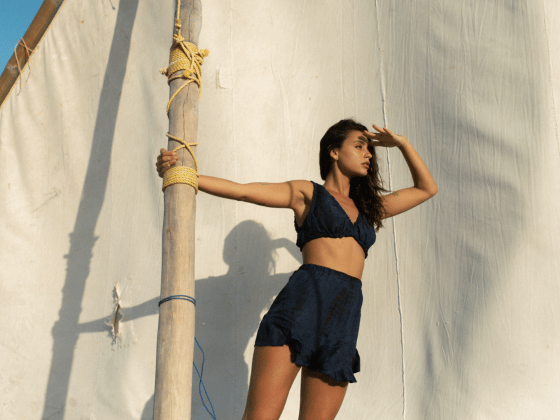 Wardrobe of the Week 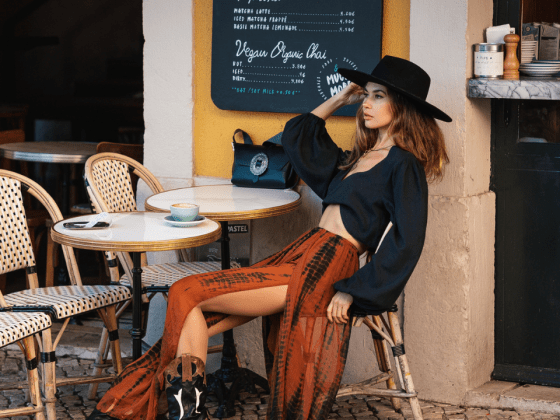 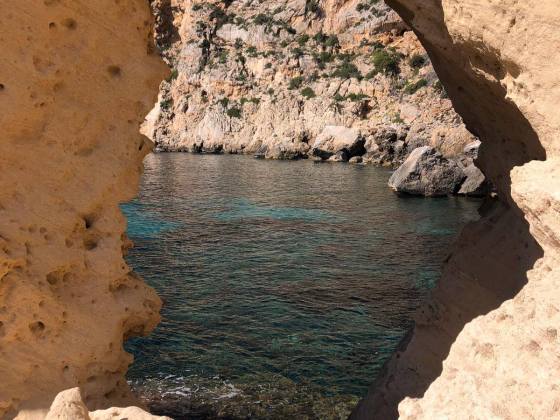 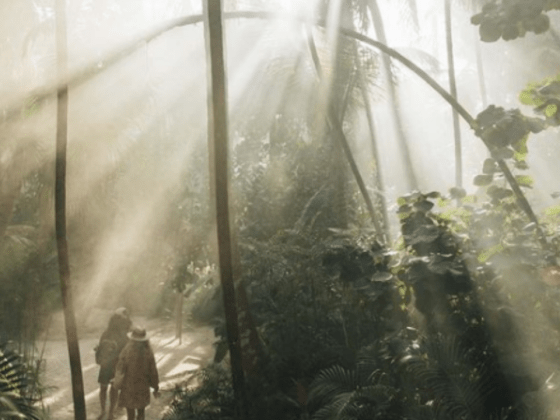 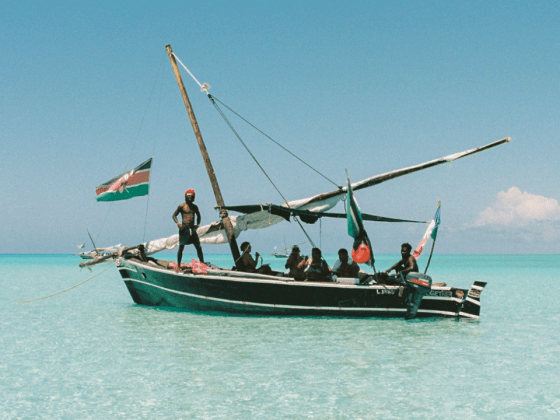 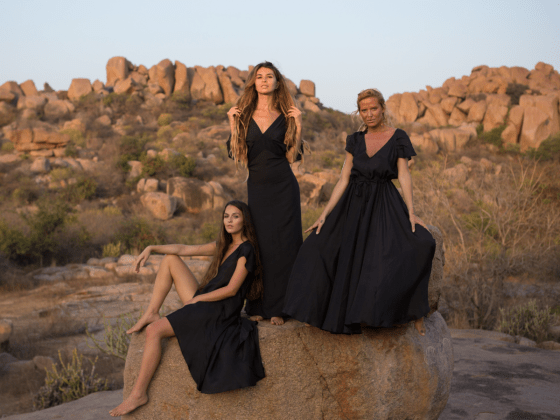 A WEEKEND ADVENTURE IN HAMPI 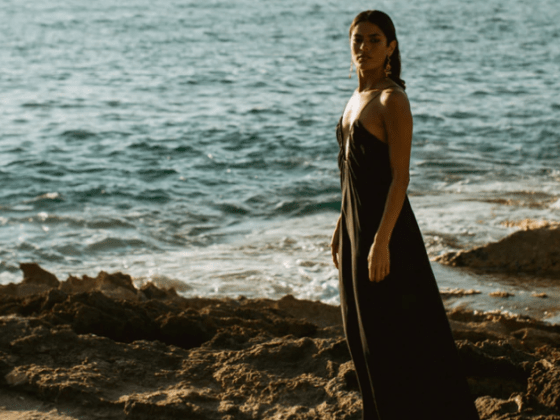 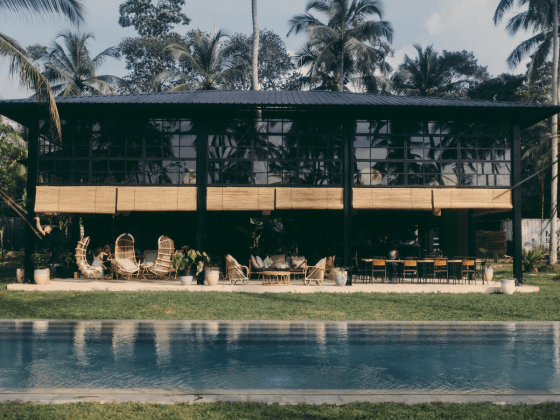 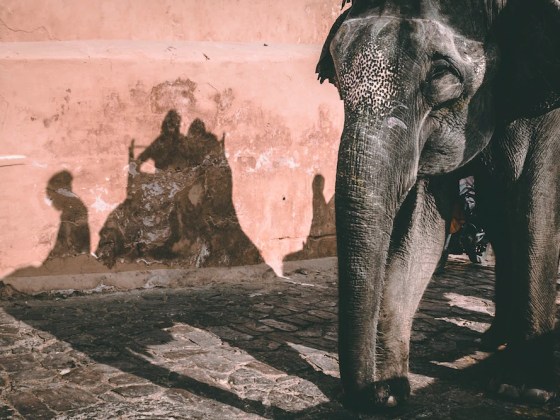